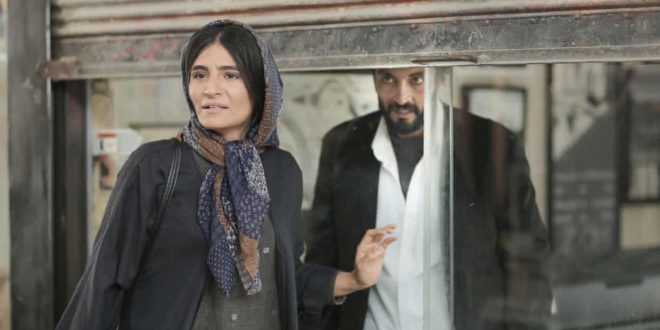 NETFLIX TO THE RESCUE: “A HERO” (PERSIAN: ENGLISH SUBTITLES), “MUNICH: THE EDGE OF WAR”, “MY FATHER’S VIOLIN”

“A HERO”. Academy Award winning  director Asghar Farhadi’s (“A Separation”, “A Salesman”) latest auteur challenge is just as complex and ambiguous as his previous winners; he is a man whose pleasure lies in allowing viewers subjective interpretations of characters, events; filling in the blanks, solving the complexities; just when you feel the issues have been answered, Farhadi, with supple skill, brazenly changes the rules; “A Hero”, “Rahim” (Amir Jadidi) has the gentlest, most angelic face, a face incapable of inflicting harm on anyone or thing, he is an artist and serving time in a debtors prison (thought they had been eliminated in biblical times); he is given a two-day furlough, joins his girlfriend “Farkhondeh” (Sahar Goldoust) who has found a satchel containing 17 gold coins, commencing the mother of all “no good deed goes unpunished”; through a magnificently circuitous route from “hero” to villain; every role is profoundly acted: familial connections are woven throughout: “Hossein”, ex brother-in-law, creditor, refuses to forgive Rahin’s debt;  his son “Siavash”, severely speech impaired, lives with his sister and brother-in-law, his support group; what can go awry, does, leading to havoc, chaos, frustration. Human nature and all its foibles are depicted with extreme finesse and ease, confounding, enlightening simultaneously; a film of astounding universality; another masterpiece by Asghar Farhadi.

“MUNICH: THE EDGE OF WAR”. Director Christian Schwochow gifts an intriguing, fictional scenario on  events leading up to Hitler’s march of dehumanization and WWII; two former school mates “Hugh Legat” (George Mackay) British, and “Paul von Hartman” (Jannis Niewohner) German, meet in the throes of 1938, Munich, where Neville Chamberlain (Jeremy Irons) Prime Minister of the United Kingdom signs the Munich Agreement, appeasing Adolf Hitler (Ulrich Matthes); a titillating, educational, flirting occasionally with benignity, spy tale, which intentionally tries to polish Chamberlain’s dusty reputation; in essence he seems a sad, naïve, fearful replica of WWI, doing anything to prevent another conflict. The muscularity of “Munich: The Edge of War” lies in Paul’s disenchantment with Hitler’s policy of Lebensraum and Hugh’s struggle to believe in his friend’s conversion.

2022-01-27
Peneflix Admin
Share !
Previous: JOCKEY (in theatres)
Next: NETFLIX SCORES IN DUPLICATE: “RIDE LIKE A GIRL” & “THE TINDER SWINDLER”