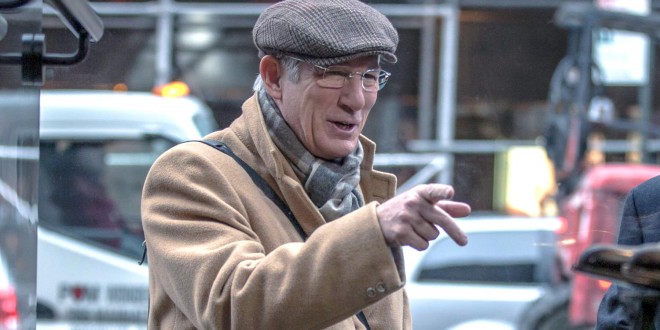 NORMAN: THE MODERATE RISE AND TRAGIC FALL OF A NEW YORK FIXER

Live long enough and you’re destined to encounter “Norman”; abrasive, aggressively assertive, refuses to be ignored, impossible to insult, but beneath all the “mishegoss” lies a decent heart and soul of a loveable, annoying charmer. Richard Gere sears with his astounding performance as a man desperate to “fix” sticky, tricky situations, “Norman Oppenheimer”, nattily dressed, ceaselessly on his phone, walking the streets of New York, crashing conventions, pilfering passes meets and befriends an Israeli politician, “Eshel” (pulverizing performance by Lior Ashkenazi) and has an uptick in his waning reputation. The film is owned by Gere, he symphonically orchestrates Norman’s strategic moves; Eshel and Norman are perfectly partnered; their duplicity is tempered by genuine feelings; the finale, wonderfully written by director Joseph Cedar, succinctly dissects the inherent nature of both men.

“Norman” is a movie that will resonate with a limited audience; a guaranteed resurgence when Gere receives an, all too worthy, Academy Award nomination. The test of a fine film is how long it lingers in the forefront of one’s mind; for four days Norman has been prancing, dancing, not only in my waking hours, but in my dreams.