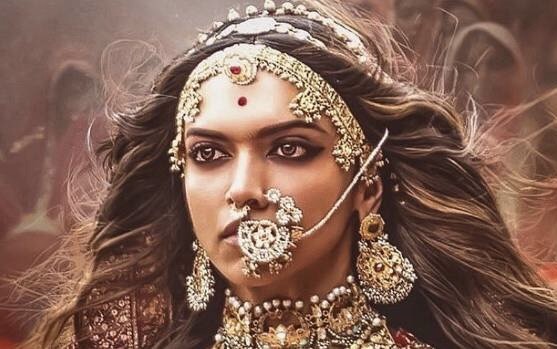 For twelve years Peneflix, along with Hollywood and Foreign, has focused on the Bollywood genre; mastering the salacious gaze, nubile, partially clothed, perpetually running, tearful heroes and heroines now rank on the entertainment scale of Western audiences. Ancient, epic poems, myths, tales: “The Ramayan”, The Mahabharata”/ “The Bhagavad Gita”, reference the way one should conduct one’s life, mimicked by The Ten Commandments; good versus evil at the core of every scenario. “Padmavati” (Deepika Padukone) a thirteenth century icon is a female warrior, a Wonder Woman of supreme beauty and intelligence, who like Helen of Troy, inspires passionate obsession in all who behold her, and even some who have yet to feast their eyes on her celestial attributes.

The fury over this film is unwarranted, “much ado about nothing” by factions who have not seen the film; there is no explicit sexuality, the Rajputs, escape maligning, Muslims are marauders, cheat in the game of warfare, but there are a smattering of decent ones, mitigating the rapacious “Sultan Allaudin” (Ranveer Singh) who plunders, and gluttonously gobbles up anything and anyone he feels is rightfully his, even the wife of “Ratan Singh” (Shahid Kapoor), Queen Padmavati. The primary gripe is the act of sati, a tradition from archaic times where a wife willingly joins her deceased husband on the funeral pyre. It has been banned in India since 1829.

Director Sanjay Leela Bhansali smothers viewers with colossal sensationalism: gorgeous silks and jewels, battles ad nauseam, great balls of fire, which would have been tolerable, if the script was not so sophomoric, platitudinous; barely two pages of dialogue over almost three, aching, gory hours of screen time. More disappointing was the superficiality of the characters stymied any empathy; glamour and spectacle cannot compensate for lack of substantive, captivating protagonists; in conclusion “Padmavati” was all “sound and fury, signifying nothing.”