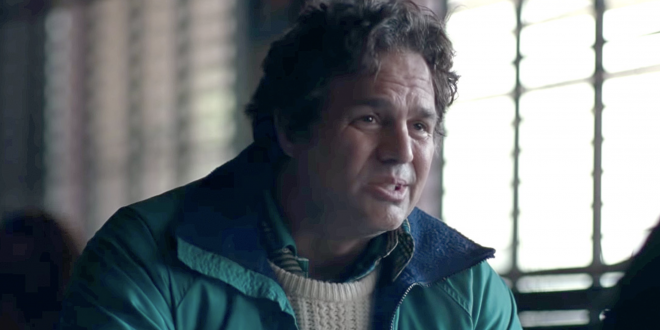 PAIN & PLEASURE: “I KNOW THIS MUCH IS TRUE”: HBO; “DEN OF THIEVES”: NETFLIX

Author Wally Lamb’s 1998, novel “I Know This Much is True” was so poetically profound that unlike most prominent best sellers, never becomes diaphanous, continues to resonate with the strength of a pen, perpetually pulsating with precociousness; distinctive, unrivaled characters, sear with extraordinary, painful authenticity; an unprecedented examination of the human condition; a soaring analysis, triumph of man’s capacity to rise above Job-like provocations and prevail.

Mark Ruffalo, inhabits the souls and psyches of twin brothers, “Thomas and Dominick Birdsey” born on two different days, two different years; Thomas, a paranoid schizophrenic, bouncing from one institution to another; Dominick’s entire life has been defined by his problematic brother; after the death of their mother (Melissa Leo’s performance blazes with love and integrity) Thomas, climbs further down the troubled tunnel. Ruffalo, at his pinnacle, is astounding.

Heartbreakingly beautiful, worthy of reverence, as the aura of Lamb’s poetic prose continues to enthrall.

Matthew 21:12-13. Jesus cast out the moneychangers from the Temple saying: “My house shall be called the house of prayer; but ye have made it a den of thieves.”

Surprisingly entertaining, the “thieves” led by ex-con “Ray Merrimen” (perfect, Pablo Schreiber), planning to rob the Federal Reserve, pitted against smarmy, iconoclastic police officer “Big Nick O’Brien” (Gerald Butler at his “guttiest”, grimy best), a more misaligned “savior” could not be conjured. The contest between good and not-so-good is a tightly woven tapestry, titillating viewers with the intricacies of a complex, original heist, partially based on reality.  Of special consideration is “Donnie Wilson” (O’Shea Jackson Jr. handles the complexities with aplomb), a tool, foil at the beckoning of both factions.

The final half hour is phenomenally filmed, coordinated chases in vehicles, on foot, brings “Den of Thieves” to a rousing, unexpected conclusion. Amen.