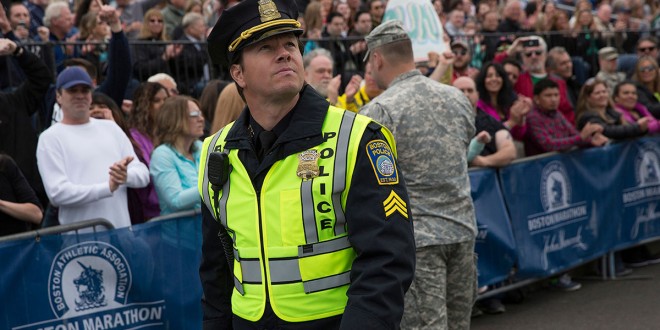 When predictability is ensured, investment in the scenario takes prodigious skill by the director and actors to cement one’s attention; director Peter Berg and Mark Wahlberg mostly succeed; “Patriots Day”, references the bombing at the finish line of the Boston Marathon, April 15, 2013. Commencing, watching the banality of everyday life, Berg personalizes the victims and more importantly the perpetrators.

Mesmerizing are the performances of Alex Wolff and Themo Melikidez as the insidious, misguided brothers Dzhokhar and Tamerlan Tsarnaev; their twisted logic in total contrast to the American way of life that embraced them; astoundingly after their crime they proceed as if nothing interfered with their mundane existence; the scenes of their eventual death and capture are thrilling.

“Patriots Day” is not any easy film to watch; since 2013 there have been perpetual reminders by the cabals of carnage of “man’s inhumanity to man”.