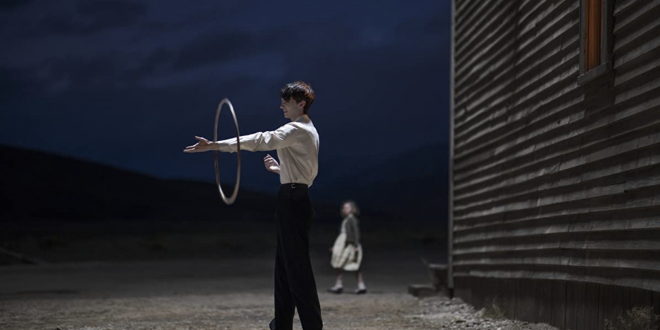 Testament to the magnetic power of film, its accessibility, universal appeal, regardless of age, gender, heritage it has generated almost as many critics as imbibers; periodically you experience a critic, a devotee of the genre that soars above the flock, a person with an inimitable command of the English language; vocabulary alone paints a filmic scene, in no need of visual or technological assistance; a person of grace and prodigious intelligence whose lecture leaked with a myriad of underlying manifestations: philosophy, literature, mathematics and an overriding passion to understand the human condition; film is the medium, the connective tissue, the algorithm that binds him to life. He is a scholar, and showers gold dust, illumination, elucidation upon his audiences.  His name is Nick Davis.

After years of contests, countless contenders, I have decided to cut to the chase and shed upon seasoned Subscribers, whose awareness eliminates naming all the nominees, my “WINNERS”. Simply, I select the ones I think SHOULD win; not the ones the pundits predict. Peneflix has reviewed the entirety of the Best Picture category.

BEST PICTURE: “POWER OF THE DOG” . After three viewings it’s still galloping around in my psyche; resonating with voluminous layers of mastery and mystery.

BEST DIRECTOR: For her vision, inventiveness, artistry, JANE CAMPION. POWER OF THE DOG.

BEST ACTOR: BENEDICT CUBERBATHCH. Complexities proliferate and confound as “Phil” in POWER OF THE DOG.

INTERNATIONAL FEATURE: “DRIVE MY CAR”. Would be my second choice for BEST MOVIE. For those who revel in a mélange of Murakami, Chekhov and a thousand points of wonder.

8 categories have “gone missing” in this year’s Academy Awards; viewers will judge if “brevity is the soul of success”.

Despite pandemic obstacles 2021’s crop of films is justifiably exceptional and watch worthy.