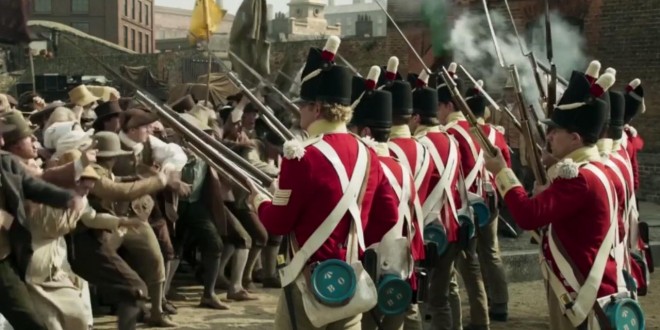 British writer/director Mike Leigh’s intelligent, compelling polemic referencing a shameful blot in English antiquity, demands and deserves profound respect from the viewer; 1819, four years after Napoleon’s defeat at Waterloo; with haunting memories of the French Revolution (1789) and its guillotined aristocrats, the activists, demanding reform, suffrage, tax relief, elicited quaking alarm in the status quo; trussed in their breeches, frilly waistcoats, knee-high boots, top hats, looking as if they stepped out of a Rembrandt canvass; terrified of those whose just concerns begged precipitous attention; the film’s oratory verbosity is startlingly brilliant; every man and woman, regardless of position, has their “fifteen minutes” of exposition; language, words were tools, weapons, capable of inciting mass carnage or quelling animosity and rage. Leigh’s vivisecting eye in the words of A. O. Scott capture “through the mist of ideology and fog of oratory the sharp outline of modern politics”; watching the escalation of a peaceful demonstration morph into moral turpitude, mimicking the 1968 Democratic convention in Chicago; unarmed demonstrators worldwide have met with horrific, unwarranted trauma. 200 years after the Peterloo Massacre, except for costuming, little has changed.

Cinematographer Dick Pope has collaborated with Mike Leigh for over 20 years and like “Mr. Turner” recreates to perfection the squalor and filth of nineteenth century Manchester, England, domiciles and unpaved villages; lack of dentistry equalized in the decayed mouths of royals and subjects; pristine landscape of the countryside; “Peterloo” resonates with the veracity of the age.