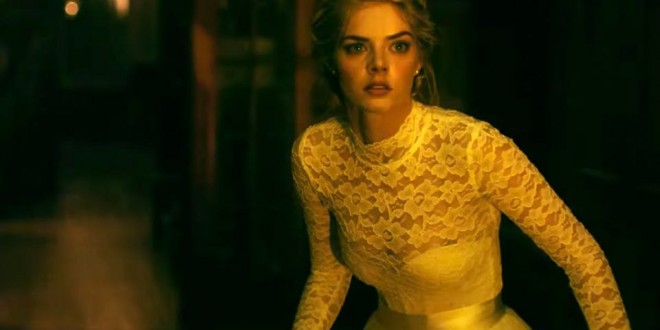 “Desperate times call for desperate measures.” Out of desperation I visited this “horror” film solely to analyze Australian Samara Weaving’s performance as “Grace”, a nascent bride on her wedding day, forced to play a game of initiation into one of the weirdest, wealthiest filmic family’s ever invented; writers Guy Busick and Ryan Murphy along with directors Matt Bettinelli-Olpin and Tyler Gillett disembogue from their fecund imaginations a scintillating, at times silly, hilarious, iconoclastic scenario about the “founders” of a board game empire; Grace pulls the unluckiest card, “Hide and Seek” and must stay in seclusion until dawn or suffer the consequences; Weaving is stupendous as she morphs from a blissful bride to huntress, in a wedding dress, wonderfully transforming from pristine white to wretched red. “Ready or Not” is owned by Weaving but aided presciently by Adam Brody as groom “Daniel”, Andie MacDowell, mother-in-law, “Becky” and Mark O’Brien, the jaded ne’er do well, brother-in-law, “Alex”.

“Ready or Not” is richly layered with irony, class warfare, an ingenious commentary on the elitism of the privileged, laced with blood, gore and bombastic humor.