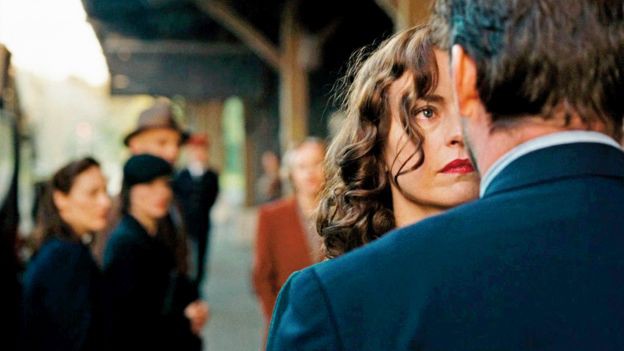 RECENT HOLOCAUST/WWII FILMS, CAN BE VIEWED ON NETFLIX

A week ago I reviewed the brilliant Hungarian film “Son of Saul”. I realized that the Holocaust attraction/repulsion is still very much alive in the twenty-first century; filmmakers and viewers alike are still trying to make sense of a modern culture bent on the extermination of one of the oldest, most sterling and profound religions/race ever manufactured.

Here are a few fascinating and unique films addressing this anomaly:

Summer, 1943. Three children, two boys and a girl depict the warped ideology of Nazism, testing the ties of loyalty and friendship, as one protects the secret of another. Through the eyes of these children we are exposed to the devastating effects of Hitler’s diabolical quest to eradicate all that he deemed unfit for his thousand- year -Reich.

Exquisite Sophie Marceau stars in this true story of the intrepid women who fought in the French Resistance; thrilling, chilling, women braved torture and death to rid their country of the insidious “cancer”, Nazism. Particularly compelling is German actor Moritz Bleibtreu as the arch villain, Karl Heindrich.

1945. Buchenwald extermination camp. Mesmerizing account of a three-year-old boy clandestinely concealed in his father’s suitcase and the herculean attempts of the camp’s inmates to keep him hidden. This stunning portrayal of the waning days of a war doomed from its inception, is a nail- biting, heartbreaking portrayal of integrity refusing obliteration in the face of the penultimate evil.