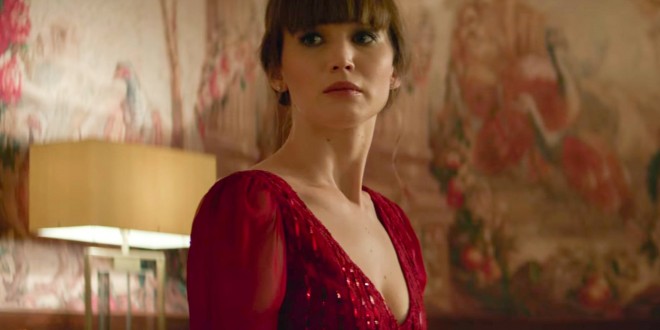 Jennifer Lawrence is one of Hollywood’s foremost talents; since 2010’s “Winter’s Bone” (at the age of 19) she has skyrocketed to deserved fame; an Oscar winner, in “Red Sparrow” (based on the book by Jason Matthews and directed by Francis Lawrence, no relation to Ms. Lawrence) she is “Dominika Egorova”, a renown Russian ballerina, manipulated by her uncle “Ivan” (Matthias Schoenaerts, Vladimir Putin’s doppelganger) into a world of espionage, subterfuge and mind-bending brutality; enrolled in the Sparrow (Whore) school, an egregiously ugly training program, she determines how much she is willing to sacrifice of herself while obeying the amoral dictates of her “Matron” (Charlotte Rampling, evil incarnate depiction); Lawrence’s performance is stoically sublime, but cannot salvage the movie.

Unfortunately, the film falls short in editing, narrative and execution; jumping from CIA operative, “Nathaniel Nash” (Joel Edgerton), to the Russian goal of unearthing the “mole”, feeding information to the US government; twisting, convoluted progression, perpetually cloaked in sexual perversity; offensively implying that there is only one avenue for a woman to succeed in the spy game, appealing to a man’s mind below the belt; she succeeds in this pejorative equation, a minor concession in her realm of expertise.