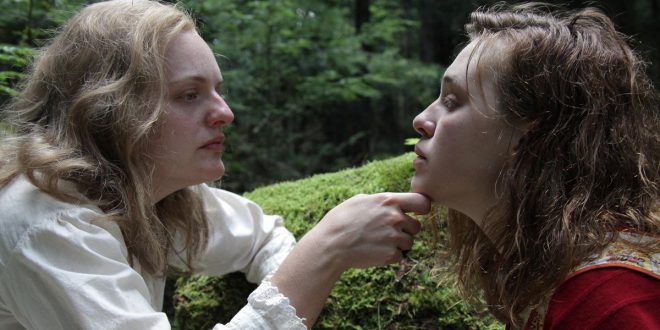 Elizabeth Moss at thirty-seven has penetrated and incarcerated “characters” of immense diversity: “Mad Men”, “The Handmaid’s Tale”, my personal favorite “The Square”, recently “The Invisible Man” and now the weirdest, most peculiar “Shirley” a brilliant writer of the horror genre, an agoraphobic, stymied, finding inspiration in a young, pregnant woman “Rose” (well-matched Odessa Young) and her husband, “Fred” (Logan Lerman); the couple have moved into their home at the invitation of Shirley’s husband, “Stanley Hyman” (impeccable Michael Stuhlbarg) a professor at a local university.

Director Josephine Decker (“Madeline’s Madeline”) combines the intelligence reverberating in the works of horror novelist Shirley Jackson (1916-1965, “The Lottery”) with a psychological infusion of poetic license; masterfully, with hints of “Whose Afraid of Virginia Wolff ?” and “Rosemary’s Baby” Decker weaves, with intricacy and surprises the relationship between the women; slowly, with beautiful manipulation their dependency on each other, less and less on their husbands, evolves into a titillating, alluring physical bond; Moss and Young adroitly paint the portraits of brainy women in the 1950’s, desperately trying to escape the sycophancy of male bondage. Enticing, compelling is the destructive partnership between Shirley and Stanley; addictively, craving their perpetual, warped dialogue, feeding Shirley’s scenario; a woman has gone missing, her disappearance is at the core of Shirley’s novel; an inventive subplot, pulsating throughout the film.

Caveat: As outstanding as Moss’s depiction of author Shirley Jackson is, no one can best Melissa McCarthy’s delineation of writer Lee Israel (1939-2014) in 2018’s “Can You Ever Forgive Me?”