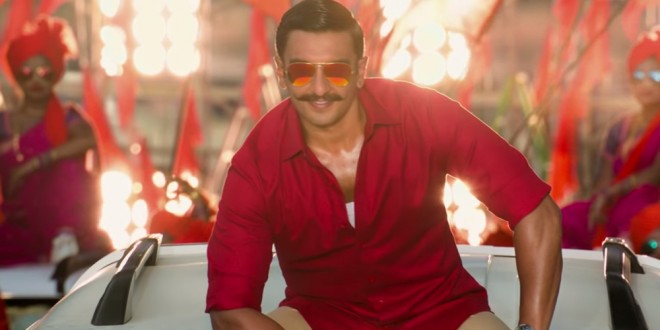 Rape. On December 12th, 2012, a 23-year-old physiotherapy student was gang raped by six men and later died of her injuries. In the same year approximately 25,000 rapes occurred, most offenders, known by their victims; there is a lethal disparity between those charged and convicted.  “Simmba”, directed by Rohit Shetty is a valiant slap at the nefarious perpetrators, prosecutors, and egregious avoidance practiced by a patriarchal society. Ranveer Singh (“Simmba”) stars in this bombastic Bollywood denunciation of the rancorous, nefarious culprits; men, whose conscienceless acts, must be crushed; draconian, punitive, vigilante justice is condoned.

Simmba, an orphan, sees his career as a corrupt police officer, an avenue to wealth (he’s had a plethora of role models); his silly, foolhardy depiction was unnerving, until reality waylays his march toward moral turpitude, ugliness electrifies his epiphany, predictability ensues and audiences are subjected to massive slayings, interspersed with pedantic, moralizing monologues.

“Simmba” needed an injection of subtlety, instead of pedagogical, haranguing sermonizing; lacking obtuseness, viewers, already converts, should not have been bludgeoned with the mantra for 2 &1/2 hours.