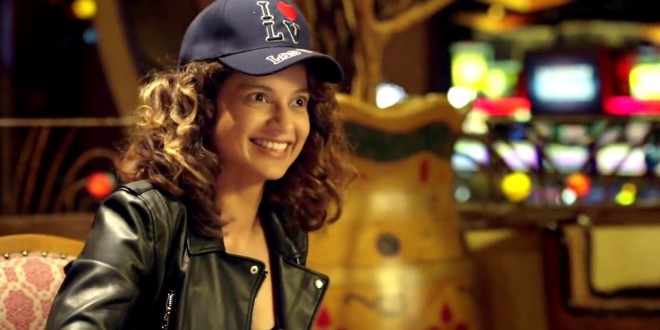 Directed by Hansal Mehta, filmed entirely in the U.S. cities of Atlanta and Las Vegas, loosely based on a true story, “Praful/Simran”  a thirty-year-old, divorced, Gujarati, housekeeping employee succumbing to a gambling addiction and resorting to robbing banks to salvage her debt. The film is immensely fun, racy, infused with satisfying, marvelous manipulation; imbued with “Pretty Woman”, “Bonnie and Clyde” “Robin Hood” references but the prime reason to see “Simran” is the overwhelming, stratospheric performance of Kangana Ranaut as Simran; soaring as a spunky, free-spirited sprite. She has cauterized traditional Indian dictates to live an independent, self-indulgent life; in constant contention with her frustrated parents, she yearns for a home of her own.

Her rules and freedom are fractured with her compulsive need to win back her losses; by the time she recognizes her frightful folly she is in hock to the lethal lenders in Las Vegas. Ranaut’s powerful portrayal realistically touches on the desperation, deception, ferocious fear felt by anyone in her situation; gambling addiction, and its massive destructive effects, is ubiquitous worldwide.

Mehta comes close to eliminating the parameters between East and West filmmakers, serving a delightful concoction and a character whose humor, inventiveness, pugnaciousness pushes the movie beyond the mundane into the memorable.

2017-09-18
Peneflix Admin
Share !
Previous: MOTHER
Next: FIRST THEY KILLED MY FATHER (NETFLIX, AND IN THEATRES)