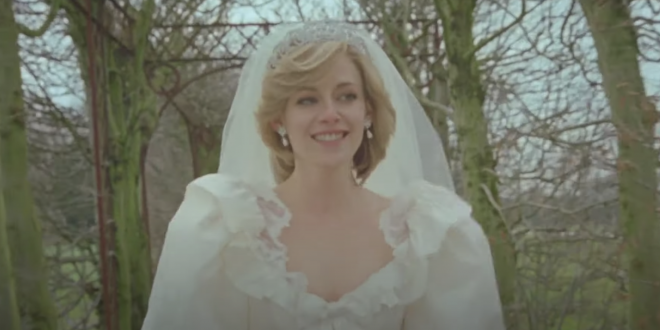 Undeniably, Kristen Stewart is talented, but talent never assures, likability; skipping her “Twilight” sagas, but seeing her in “Panic Room”, “Personal Shopper” “Seberg” I could not “erase” Stewart from her film’s persona; unfortunately, this proved true for “Spencer”. Not entirely her fault, admittedly I am “Diana Done”; documentaries, “The Crown”, tell-all exposés have slathered, even the most oblivious, with mammoth tittle-tattle of Diana’s tragic marriage and demise.

“Spencer” concentrates on a Xmas celebration: Diana is persona non grata, perpetually bulimic, running outside, barely clothed, and questionably daft; Stewart mimics her clipped cadence, bowed head, and sorrowful stance to perfection; truly an outlier in this restricted, formal regime. The age-old formula of inflexibility, stringent adherence to outdated traditions is, with a touch of subtlety, impeccably portrayed. Even the “weighing in” process, before the feasting frenzy, and after, is hilariously ludicrous.

In conclusion I was profoundly bored, and monumentally challenged with the Spencer/Stewart dynamic; possibly a flaw that I was unable to take the leap; the filmic experience, ultimately, is the intimacy shared between the viewer and the screen.