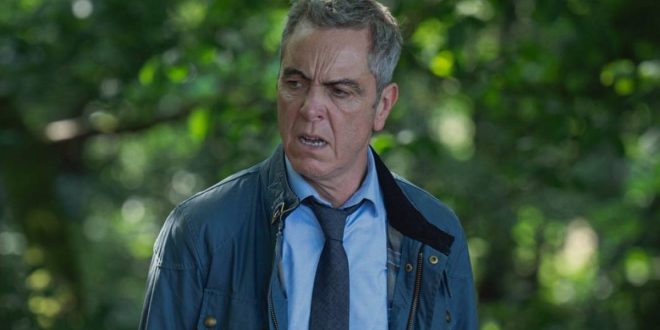 Years ago, I stayed away from sensational, best sellers by authors capable of spinning mystifying scenarios book after book: James Patterson, Mary Higgens Clark, Ken Follett, David Baldacci, etc. Periodically, I watch the movie, simply, for mindless entertainment; Harlen Coben’s thrillers have been made into passable, at times tantalizing, tales, “Stay Close” is surprisingly good; initially a predictable plot revealing the secret past of “Megan”, living in domestic tranquility with her three children and soon-to-be husband, father of the clan, “Dave”; her salty past peppered with pole dancing, illicit affairs, and a myriad of miscreants; unlike various “Megan’s/Cassie’s” instead of a “victim” she is the sole proprietor of her fate; actor Cush Jumbo tackles the role of the “before” (sexy siren) and  “after” (PTA mom) protagonist with aplomb, alacrity and bravado. Dave is depicted with jovial civility, flirting with placidity by Daniel Francis. Excellent casting is the nucleus of twisted, traumatic subplots: James Nesbitt is seasoned  “Detective Broom”, sweeping up the detritus of murders past and current, primarily those occurring yearly on the same date; Richard Armitage as Cassie’s jilted lover “Ray” is disturbingly devastating; Sarah Parish is hardened manager, “Lorraine” of “Vipers”, the club that entangles every person who ventures into its web of iniquity; creepily stellar are Hyoie O’Grady and Poppy Gilbert as “Ken & Barbie” contract killers, singing and dancing until “death do us part”.

Shockingly, just when the narrative is snugging, satisfying, killers unmasked, Megan and Dave headed into the “happily ever after” phase, Corben deftly, with poignard fervor, severs our complacency gifting us nights of sleeplessness, consternation, but pivotally, admiration for his adroitness in stunning, mind-boggling manipulation.