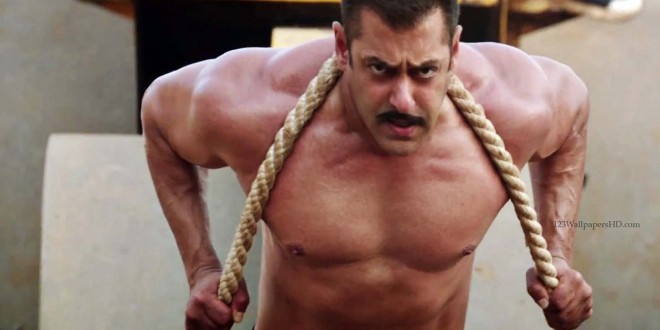 The first time I saw Salman Khan (“Marigold”) I was overwhelmed by his stunning beauty, a luminous countenance worthy of launching a thousand films; it mattered little that the film was awful, looking at him justified the price of admission. Now, almost ten years later, gone is the beauty, replaced by burgeoning brawn and surprisingly honed acting acuity. He is sensational as a wrestler who has attained the rarefied field of Olympic medalists only to plummet into the depths of personal pain and bereavement.

Anushka Sharma as Sultan’s love interest, “Aarfa” is equally marvelous as a female wrestler also thirsting for an Olympic championship; their relationship evolves in the predictable Bollywood style but salvaged from the maudlin by the deftness of the actors.

Writer/Director Ali Abbas Zafar’s wrestling scenes shine with “Rocky” titillation and expectation, especially when our man seems “out for the count”. Khan’s intensity guarantees a vested interest in Sultan’s success.

At fifty, Khan proves that he is more than just a pretty face, but a talented force still striving for his personal best.