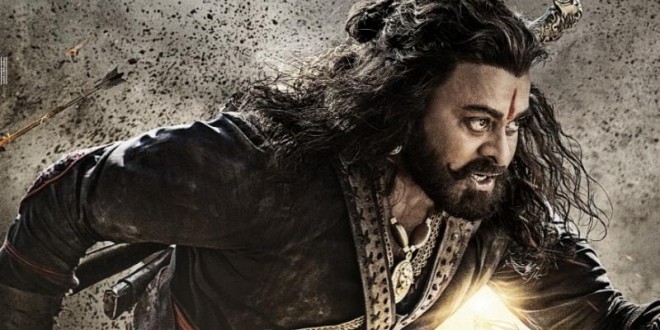 Epically sensational and overblown but truly a wonder to experience; based on the life of icon, Sye Raa Narasimha Reddy, who championed India’s gory march towards freedom in 1837; Reddy is depicted with pulsating, Herculean prowess by actor Chiranjeevi; as the Emperor of a region in Andhra Pradesh, Reddy initiates a rebellion against the egregious injustices of the British East India Company (a colonization lasting approximately two hundred years); director Surender Reddy’s elaborate, magnificently exaggerated scenario is challenged in narrative but soars gloriously in scope; references to the ancient Vedas mythological texts and poems, rings of fire, scorched metaphors plundered from the Ramayana; notable biblical allusions to Samson, and Christ’s unparalleled, inconceivable path to his Crucifixion. Universal analogies abound in this three hour biopic.

Reddy was India’s “David” a crusader for their territorial rights; British, decked in their incongruous uniforms, symbolize the Crown’s elitist, deplorable treatment of its notable, indigenous population; subjugation at its nadir; a “Goliath” that should have been felled at its inception.

There is a reverence, an exquisite, arresting power generated in this film;  a profound love for “Mother Earth” bleeds at the core of its peoples’ revolt, lending credence to the exaggerated, spellbinding, flamboyant staging of “Sye Raa Narasimha Reddy.”