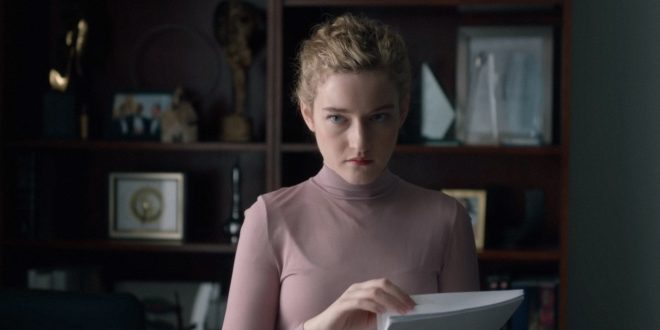 Director Kitty Green capitalizes on the Harvey Weinstein sexual predator saga that the populace has been gagging on for years; “The Assistant” “Jane’s” (Julia Garner) day of drudgery, serfdom, is paralyzing in its monotony, mundanity; robotically she answers phones, cleans the “predator’s” traces of smutty behavior, listens to his haranguing, shrewish wife; she is an over-educated, unappreciated, “invisible” slave in a toxically, testosterone-dominated entertainment world; regrettably, Jane is massively dull, trapped in a hedonistic milieu, where physicality trumps intellectuality; she is miserable, imprisoned and lacks the mettle/grit to quit and write her own sensational “tell all”.

“The Assistant’s” lack of electricity can be traced to the excessive exposure of the Weinstein victims and their true, sordid chronicles of debasement; impersonal, lusterless characters lend ennui to a psychological study, not worth the effort. A nanosecond of titillation occurred when Jane shared an elevator with a word-censored Patrick Wilson.