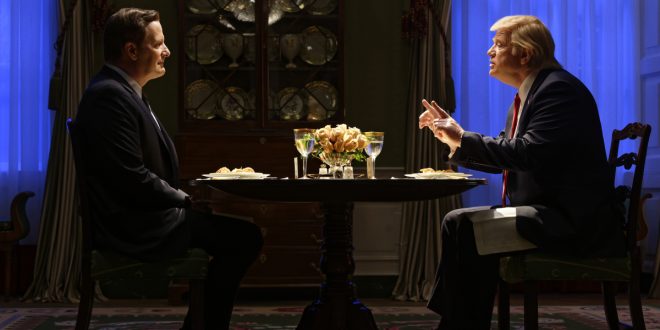 Tuesday evening the world witnessed, Live, the nadir of American politics: slaughter of civility, denigration of a morality we should expect and categorically deserve from our leaders; instead, like the murder of George Floyd, the supposed head of the free world and his challenger failed the populace, shocking with stunning vituperative, scurrilous verbiage, murdering decency: an amoral bully, pledging not to leave the White House if the vote does not go his way and his hapless victim, unprepared for the unethical, inequitable onslaught of venomous rhetoric. No moderator could have restored order, hence us Americans, besides insurmountable disgust, were left with unanswered questions, just paltry, self-serving agendas.

Monday night watching the well-done “The Comey Rule” (based on the book, “A Higher Loyalty” by former FBI director James Comey) questioning “why” “how” we select our representatives; James Comey, loved his position as head honcho of the Federal Bureau of Investigation; actor Jeff Daniels gives inimitable justice to a man, who fearlessly stood his ground, following his conscience, treading in murky matters before the 2016 Presidential election. Whether you agree with his decisions, his reasons are clear and respected; Daniels portrait of Comey’s pain is palpable; his dignity decisively realistic; his meetings with the newly elected President, coated minimally with poetic license, are intensely believable; we watch the man bombastically revealing his flaws daily; Brendan Gleason’s formidable performance as Commander-in-Chief scores with doppelganger mimicry.

2020-10-01
Peneflix Admin
Share !
Previous: I SEE YOU (NETFLIX) THE GIRL IN THE FOG (ITALIAN: ENGLISH SUBTITLES) AMAZON PRIME
Next: MURDER MOST FOUL