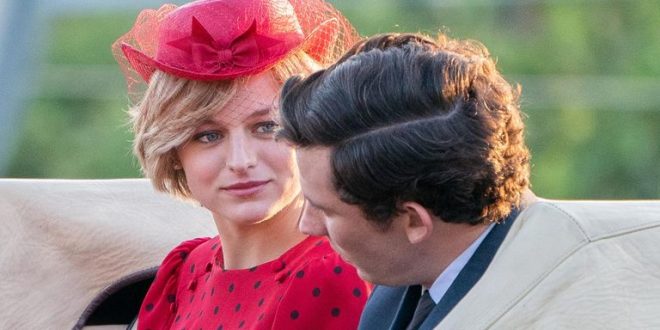 The “Crown” in its fourth season, vivisects the peccadillos, infidelities, pettiness of those ordained, despite their inadequacies, to reign in perpetuity, keeping the diadem “all in the family”; the impeccable cast: Olivia Coleman (Queen Elizabeth II), Tobias Menzies (Prince Philip), Helena Bonham Carter (Princess Margaret); Josh O’Connor, the consummate clone of the romantically doomed Prince Charles, are joined this season by Emma Corrin as Princess Diana (1961-1997) and Gillian Anderson, Margaret Thatcher (1925-2013).

Corrin, with aplomb, inhabited Diana’s hubris, immaturity, bulimia; she soared as a woman scorned, her adoration for Charles morphs into detestation; Charles scripts her fall from grace, royal rules circumventing, damning her popularity; a mismatched pairing at the Shakespearean level; their lineage cauterized by archaic limitations; the heart is crucified on an obsolescent, anachronistic altar.

Recognizing the legitimacy of poetic license on the part of the filmmakers, their interpretation, aided by Gillian Anderson’s depiction, of Margaret Thatcher was unjustifiably one-sided; she was the “Iron Lady”, first female Prime Minister (1979-1990); elected when Britain was at its nadir; her myriad of accomplishments were sidelined by a diminishment of her persona, Anderson’s cartoonish caricature implies a previous stroke; she was denigrated, ignored and insulted by the privileged; viewing this, neophytes would never know that she led her nation towards a free market economy through privatization, was a force in ending the cold war, ended the Iranian Embassy crisis by refusing to negotiate with terrorists, reduced the controlling power of the trade unions; the populace loved her because she gifted them opportunities of success never before realized. She was worthy of a more balanced portrayal.

“The Crown” allows an intimacy, a splaying of emotions, despite the tierra, recognized and shared universally.