Latest Reviews
Home » Hollywood » THE EXCEPTION (ON DEMAND & IN THEATRES) 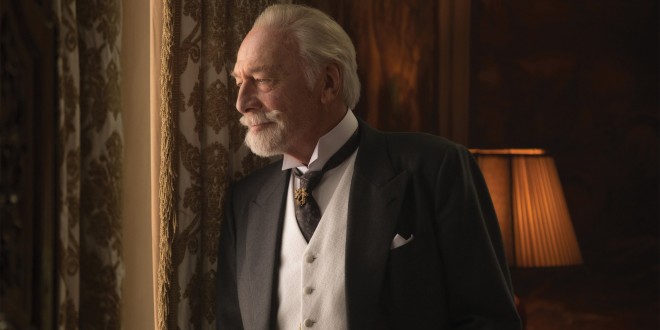 THE EXCEPTION (ON DEMAND & IN THEATRES)

Christopher Plummer at 87, is at the pinnacle of his career; his performance as deposed Kaiser Wilhelm II is smashing; closeted in a mansion in the Netherlands, he longs to be reinstated in Hitler’s warped government; it is 1940 and Germany has pirated Holland. Plummer’s superior depiction of a man stripped of his birthright, wasting his days feeding swans, giving tours of his multitudinous uniforms and railing against the bastardization of Germany is imbued with profound complexity, hilarity and sublime subtlety; a mesmerizing feat deserving of the highest accolades.

Plummer’s acting acuity is perfectly paired with Jai Courtney as German Captain Stefan Brandt, a scarred warrior, ordered to guard the Kaiser against Dutch spies; he is haunted by a child he could not save, after a mass slaughter of innocents, by his regiment. Courtney’s hunky handsomeness attracts servant Mieke (blissfully beautiful Lily James). Janet McTeer as the Kaiser’s wife, Princess Hermine is overwhelming marvelous; lusting for former royalty, with ingrained hierarchical authority she manipulates a visit from Heinrich Himmler, head of the formidable SS (chilling performance By Eddie Marsan). A refined, but petrifying dining room scene, portends the mass annihilation of millions.

Director David Leveaux’s “The Exception” soars with intrigue, stunning cinematography; the lush landscape does not obfuscate the indecent, degenerate, philosophy of the Third Reich; transcending the ugliness is a luminous, elegant romance confirming the “exception” to every scenario.