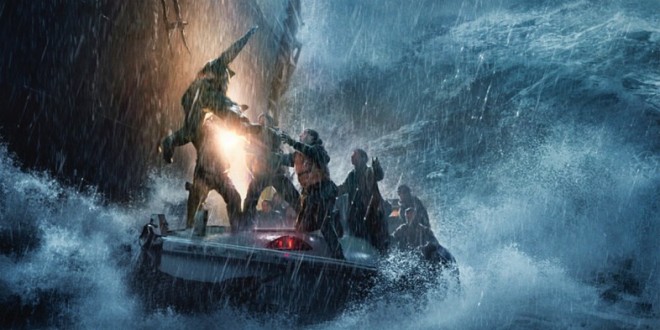 Not a “perfect storm” but one that should be seen, especially in 3-D; never has man appeared so negligible, nature’s puppet, plummeted by Thor and his buddies. Based on a U.S. Coast Guard rescue mission that took place in February, 1952, off the coast of Cape Cod. Knowing the outcome does nothing to diminish the harrowing expedition.

Chris Pine, trying unsuccessfully to diminish his stellar countenance, is Bernie Webber, an unlikely hero; “David” and his three mates match prowess with a nor’easter of “Goliath” magnitude; rescuing seamen from a bisected, beleaguered tankard  “Pendleton” whose lifespan can be measured in hours. Casey Affleck gives a pristine, legitimate depiction of engineer, Ray Sybert, a quiet, driven man, blessed with keen instincts and intransigent will. The thrilling scenes in the bowels of the doomed tankard anchor the success of the film.

“The Finest Hours” prescience lies in its lionization of unsung, minimally recognized heroes; men who for a brief moment in history, wrestled with the gods,  and triumphed.