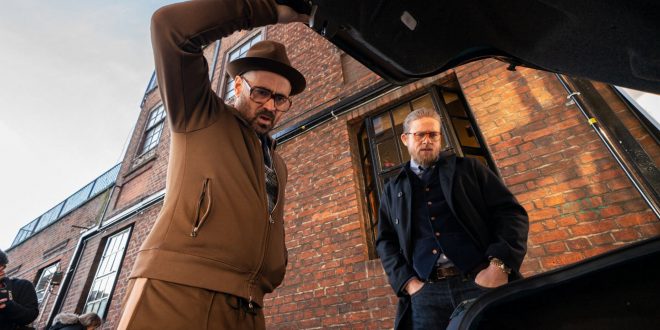 “Gentleness” is absent in director Guy Ritchie’s slick, schtick caper with veteran actors having the time of their lives: Matthew McConaughey, “Mickey Pearson” an American drug kingpin in London, a role he can perform on auto pilot, wants to sell his underground greenhouse to the highest bidder, erecting a conflict between “Dry Eye” (Henry Golding) and “Matthew” (Jeremy Strong); Michelle Dockery,  Mickey’s wife “Roz” manipulates her sophisticated cool, lethally.

Any comedic moments in “The Gentlemen” were proffered by Colin Farrell, “Coach”; the camera savors his every nuance, grimace; ironically, his “gentility” seeps into his incredulous antics, tempering, with humor, punitive poppycock.

“The Gentlemen”  reminiscent of a James Patterson novel, has the feel of a weekend project, commencing Friday evening, and in rehearsals Monday morning.