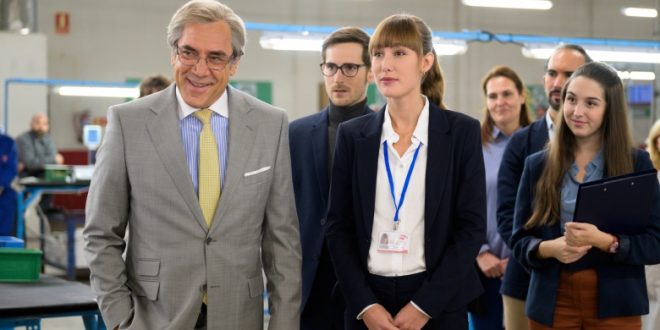 Bardem’s compelling, masterly depiction of a man who has convinced his employees and himself, that they are his children and that their problems are his; he is their savior, until he isn’t; unintentionally, he is the archetypical hypocrite; Bardem’s depth as an actor has touched a pinnacle of primacy; rarely truant, he is the core, sovereign, stunning focus of “The Good Boss”.

Pulsating beneath the apparent are the “scales of justice” physically: the factory entryway has a replica, that is never perfectly balanced; a frustrated Julio perpetually tries to adjust; allegorically referencing class disparity; management versus the employees, power versus the subjugated; unreality of symmetrical perfection.

Araona toys with femininity, from the traditional to the iconoclastic, he showers viewers with choices; the ending is possibly one of the most satisfying, disingenuously pleasing, tantalizingly twisted conclusions in filmic lore.

2022-09-04
Peneflix Admin
Share !
Previous: A THOUSAND YEARS OF LONGING (in theatres)
Next: IN THEATRES AND STREAMING