Latest Reviews
Home » Hollywood » THE GOSPEL ACCORDING TO ANDRE 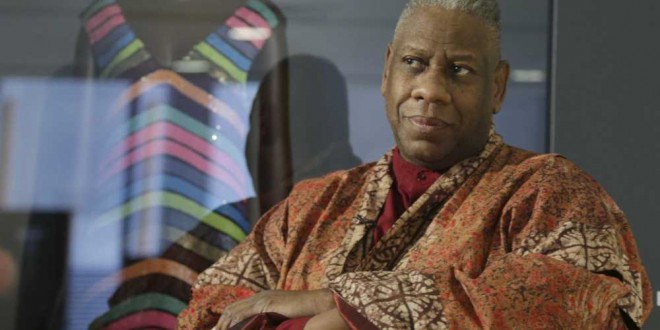 THE GOSPEL ACCORDING TO ANDRE

Andre Leon Talley (1949) is an anachronistic icon, at 6’6, a monumental African American, raised by his inimitable grandmother in the segregated South, becoming a giant in the elitist, rarefied world of fashion. Filmmaker Kate Novack’s reverential documentary traces Talley’s rise from a saucy little boy, a scholarship to Brown University, working for Andy Warhol, eventually encompassed in the sphere of Diana Vreeland; conquering the editorship of “Vogue” and “Women’s Wear Daily”; his remarkable road was paved with passion, a command of the French language, a flamboyance exacerbated by a free-spirited, iconoclastic joie de vivre; growing up addicted to fashion magazines; watching the hatted maids and matrons proceed to and from Church in their “Sunday” best, style was ingrained, part of his DNA, he capitalized on his uniqueness, never deviating from his quest to be at the zenith of fashion journalism.

Andre’s accolades and friendships are intense, paired with his unabashed honesty; sharing gruesome treatment by the ignorant, ugly sobriquets, loneliness at never finding an eternal love.

“The Gospel According to Andre” never preaches, simply edifies.