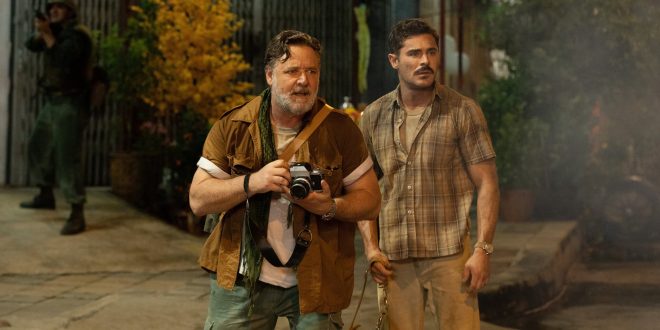 With trepidation I watched, what initially was a prime example of pure madness, but morphed into a “coming of age” tale never before actualized, nor “ever” will be repeated.  Who, even in an inebriated state, would decide to bring his buddies, serving in the Vietnam War (approximately 1965-1975) a beer, (Pabst Blue Ribbon)? Well, John “Chickie” Donohue (1941-) had the chutzpah, psychotic tenacity to engage and triumph his mission; in the process, redefining his views on a war that was historically supported by America and its citizens (saviors from communism, worldwide), misinterpreted by the Government, eventually tearing the seams of our nation to threads; stipulated by many as the beginning of the postmodern era.

Actor Zac Efron depicts with distinction the disillusioned Chickie; leaving New York in November, 1967 on a “mission impossible” but his arrival, mistaken identity, naivety, or as accurately stated “stupidity”, finds him connecting on the battlefield, jungles, mess halls with his intended recipients; hilarity abounds, in tandem with the atrocities of war and its incongruities as Chickie’s perceptions are torpedoed by ugly reality; Russell Crowe as a war correspondent, helps shred Chickie’s illusions, and his performance seethes with integrity and wisdom.

Director/writer Peter Farrelly looks beyond Donohue’s absurdity gifting viewers a morsel of what an “innocent”, uninformed, inexperienced neophyte sees as the materiality, serendipitous death, haphazard maiming, asserts before his eyes the randomness of fate and its aptitude to save or chastise the paths it crosses.