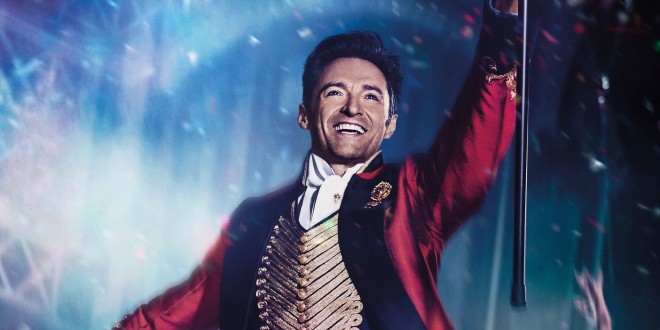 Years ago, I experienced one of the “greatest” performances ever actualized on the stage, Hugh Jackman in “The Boy from Oz”, a dynamo of incredible proportions, he sang, danced, played the piano and flawlessly morphed into every stage of songwriter Peter Allen’s career; an unimaginable exploit, anchored forever in my archival theatric treasures. “The Greatest Showman” is not in that league but it serves its purpose as slice of fluff for the holidays; reminiscent of simpler, non- accusatory times, before smothering technology: telephones, both land and cell, television, internet, tweets and ubiquitous connectedness; here’s a Grand Marnier soufflé, in need of a little more liquor but tasty nonetheless.

Director Michael Gracey’s prescience in focusing on the life-force of Barnum’s genius, bringing to light the plight of the unaccepted, disenfranchised, ignored and shunned for their distinctions, aberrations; the heartening scenes with the bearded lady (Keala Settle) and fellow anomalies are joyously gratifying.

“The Greatest Showman” takes license with fact versus fiction; Barnum’s complexities are largely ignored: he was much older during the time recognized, Charity was his second wife; politically savvy, he switched from the Democratic Party (1824-1854) to the Republican (Ronald Reagan, Donald Trump); contrary to legend, there is no evidence that he stated, “there’s a sucker born every minute”. These flimsy obfuscations, easy to ignore, are secondary to the inventive, whimsical glee felt by smiling audiences, who for a brief hiatus, experienced happiness.