Latest Reviews
Home » Hollywood » THE HATE YOU GIVE 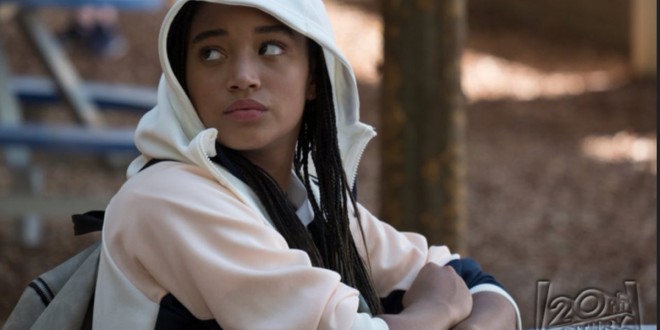 THE HATE YOU GIVE

By far, one of the most intelligent films of the year. Director George Tillman Jr.’s outstanding depiction of Angie Thomas’ novel “The Hate You Give” is spellbinding; contemporary to the point of comfortable redundancy: we recognize the protagonists, we understand them, we know them, we befriend some and avoid others; characterization developed to perfection, especially “Starr Carter” a dynamic sixteen-year-old whose days are spent in the halls of a privileged, white high school and nights in the ghetto of “Garden Heights” (oxymoronic that so many housing projects are labeled “Cabrini Green”, Altgeld Gardens”, “Rockwell Gardens”, referencing nurturing in a haven of concrete, withering prospects and life expectancy). Amandla Stenberg’s substantive, prescient characterization is stunning in its integrity; Starr is well-versed in the lingo and philosophy of both worlds, until a catastrophic event, decimates the boundaries she has immaculately navigated, forcing a choice she had persistently ignored.

“The Hate You Give” avoids stereotypical depictions, the protagonists are flawed, but interesting: “Maverick Carter”, Starr’s father (Russell Hornsby, magnificent) is an ex-con who teaches his children the “rules of conduct” when confronted with law enforcement; “Lisa Carter” (stupendous Regina Hall) yearns for a neighborhood, unlike theirs, where Starr and her siblings can flourish, her manipulative wisdom, a key force behind Staar’s attendance in a private school; “Chris” (KJ Apa, naively wonderful), “does not see color” and adores Starr for what he sees beyond her hue; “Khalil” (charismatic Algee Smith), a childhood “crush”, now a drug dealer, still strokes Starr’s compassion and memories of content companionship.

“The Hate You Give” allows for a host of interpretations, blurring definitive parameters; a film about choices, compromises and defining factors; a perspective, an education, enlightenment of alternative communities and those who inhabit them; a compelling narrative to be shared demographically, universally.