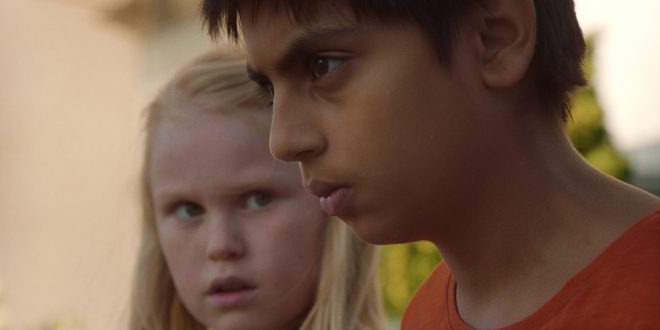 Foreign films have always held a deep-seated fascination for me; they demand a high level of concentration because of the subtitles and the edifying exposure to the intricacies of filmmakers from variant cultures; their appeal is enormously gratifying. Director Eskil Vogt’s (“The Worst Person in the World”) creepily brilliant tale of children, one with psychokinesis, determining a milieu devoid of parental guidance or a moral code; their meanness, lack of empathy, reminiscent of “Lord of the Flies” simmers beneath their prepubescent facades. Prodigiously performed, four children, without parameters, define their daily tactics by their inherent skills of cruelty, revenge and psychological potency; with one exception parental care and concern are unquestionably decent and refined, undeserving of what is visited upon them; they are innocent, unknowing of the progeny they spawned. Pulsating with paranormal efficacy “The Innocents” plays havoc on one’s assumption of purity, virtue, decency.

Director Audrey Diwan’s adaptation of Annie Ernaux’s realistic narrative of her abortion in the 1960’s is graphic excellence; a young woman of promise is upended by one fateful night of intimacy, resulting in pregnancy; it is the 60’s, abortion in Catholic France is a crime, that if discovered, earns imprisonment; Roe v. Wade is resoundingly, hauntingly throbbing throughout. Anamaria Vartonomei astounds as the distressed “Anne”; always in control she’s determined to rid herself of an unwanted fetus; no “motherhood” sentimentality is flirted with, no feelings for the impregnator; she alone wants to determine her fate; remarkably the film takes us through the vicissitudes she addresses and bests under enormous odds; some scenes are grueling to view but executed with uninhibited pragmaticism. “Happening” sears with the complications plummeting a woman’s right to choose; the 21st century, informed by the residue of the past.