Latest Reviews
Home » Hollywood » THE LEAST OF THESE: THE GRAHAM STAINES STORY 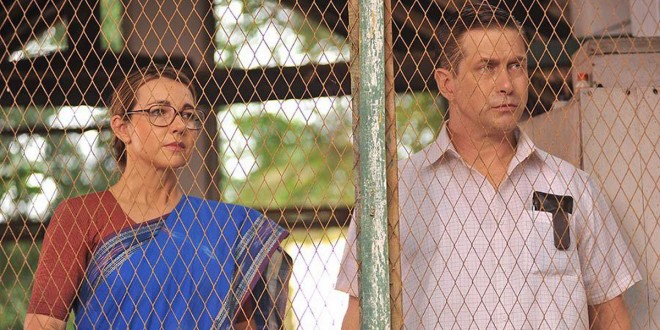 THE LEAST OF THESE: THE GRAHAM STAINES STORY

With all the fantastical, superficial, sensational movies spawned upon the screen, “The Least of These” will quietly shrivel into obscurity, an undeserving demise for an analysis in quiet devotion, a pure evaluation of a sincere and godly man; Mother Teresa (1910-1997), founder of the “Missionaries of Charity”, whose altruistic dedication to the sick, disenfranchised, poverty-stricken of India, earned her a Nobel Peace Prize (1979) and sainthood (2016), is universally revered; Graham Staines (1941-1999) deserves equal lionization. As an Australian Christian missionary he served respectfully, fearlessly the leper colonies, surrounding the town of Orissa, India.

“The least of these brothers of mine” (Matt. 25: 31-46), was Graham Staines mantra, treating, healing, converting those shunned, outcast by society; simplistically beautiful, spiritually uncomplicated, “The Least of These” is a gift unto itself.