Latest Reviews
Home » Hollywood » THE LIGHT BETWEEN THE OCEANS 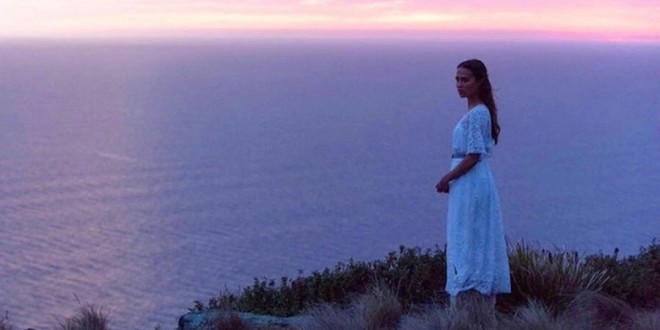 THE LIGHT BETWEEN THE OCEANS

1918. Tom Sherbourne, emotionally crippled after four years in The Great War becomes a lighthouse keeper on Janus Rock, Australia. He meets and marries Isabel Graysmark. After two miscarriages they rescue a baby who prophetically lands on their isolated beach. This epic film based on the book by M.L. Stedman, directed by Derek Cianfrance, richly studies the decisions made because of unforeseen circumstances, loss, depression and overwhelming love.

Michael Fassbender’s subtle and oftentimes profound depiction of “Tom” is beautiful; “Isabel” ( remarkable Alicia Vikander) a joyous, uninhibited sprite, heals and revives Tom’s world, molds his soul but cannot stunt his conscience. Palpable love scenes (mimicking their off-screen relationship), infused with the discovery of the newly initiated into the realm of intimacy; alone, in need of nothing and no one, their bond is forged, synchronized by their mutual desire to please the other. The cinematography is staggeringly magnificent; the powerful, mercurial landscape lends credence to the lighthouse between the oceans.

Gifted Rachel Weisz, as “Hannah Roennfeldt” grieving the loss of her husband and baby daughter, lacked the empathy, connectedness, needed for the wronged mother; possibly the audience was so invested in the loving family of Tom, Isabel and Lucy, even acknowledging the injustice of their misguided judgment. The resounding, torturous suffering by all the protagonists pulverizes the sensitivities of the viewer.

At times melodramatic, but perpetually entertaining, thought-provoking and pivotally performed “The Light Between the Oceans” lingers long after the glow has vanished.

ROADRUNNER: A FILM ABOUT ANTHONY BOURDAIN