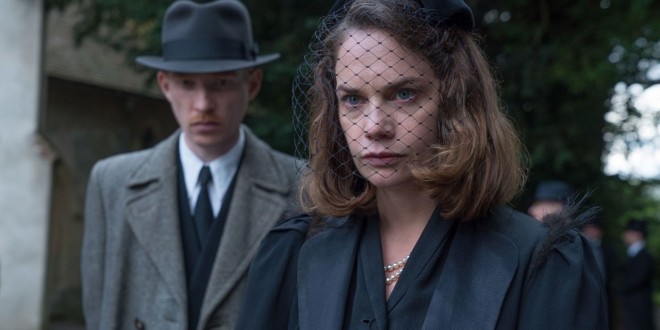 A puzzling story; a compilation of intrigue, mystery, horror but primarily, percolating at its creepy core, is a tale of class, entitlement; recalling “The Great Gatsby” a man of mighty wealth, never embraced by America’s old monied elite. Directed by Lenny Abrahamson (“Room”) “The Little Stranger” prevails in a bucolic glen outside of London, shortly after WWII; “Hundreds Hall”, its glory anemically decayed, inhabited by the Ayres family: “Mrs Ayres” (perpetually impressive Charlotte Rampling); “Roddy” (Will Poulter) grotesquely scarred by the war; “Caroline” (remarkable, Ruth Wilson); “Suki”,  whose specter is a fermenting well of anguish; “Betty” (Liv Hill), the sole staff member whose illness claims the attention of “Doctor Faraday” (success of the film lies in the stoic, enigmatic depiction by Domhnall Gleeson); like Gatsby, Faraday returns to his roots; his mother was a maid at Hundreds Hall, in its halcyon days.

“The Little Stranger’s” inchoate conclusion, problematic for many, but a paradox of speculation and dissection for apostles of the macabre.