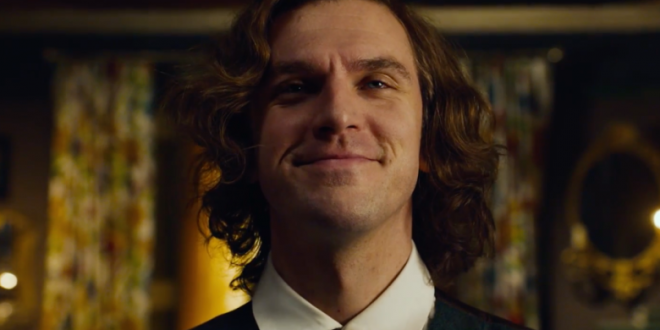 THE MAN WHO INVENTED CHRISTMAS

From its publication on Christmas Eve in 1843 Charles Dickens’ (1812-1870) “The Christmas Carol” has informed the life of every child in the free world for a hundred and seventy-four years; “The Man Who Invented Christmas” is a fantastic, fanciful concoction of Dickens’s madcap, frenetic rush to complete the “carol” by December 24th; Dan Stevens, with aplomb and, full-voltage electricity, depicts the jittery, temperamental novelist, who conjures from the deep reservoirs of his imagination, as a man thriving on edgy deadlines, using his personal experiences to manufacture some of literature’s most memorable characters. Christopher Plummer is riveting as “Ebenezer Scrooge”, twisting and tweaking Charles’s darkest boyhood reminiscences; there has to be some goodness, hibernating beneath his bleak, miserly mentality. Plummer soars and captures, with magnificence, Scrooge’s curmudgeonly cantankerousness.

“The Man Who Invented Christmas” refreshingly tackles a timeworn tale, eliminating the predictability of ghostly visions, invigorating the story and the universal message; it is magical, and profound in its lionization of the genius, the creator of a story that will, for all eternity, enchantingly entertain.