Latest Reviews
Home » Hollywood » THE MOUNTAIN BETWEEN US 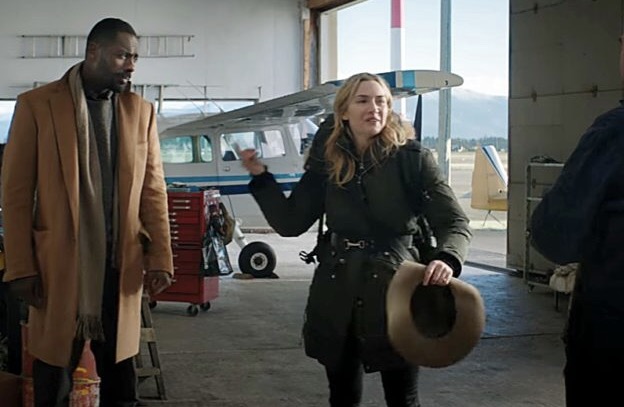 THE MOUNTAIN BETWEEN US

There is a compelling, electric magnetism, an aura emanating from Idris Elba, an uncontainable masculinity, captivating, informing his filmic presence; more mesmerizing because he is totally unaffected by its force. An English actor, unknown to me, until  my recent exposure to “Luther”, an enthralling BBC crime series, starring Mr. Elba as a damaged but brilliant detective.  In “The Mountain Between Us” paired with indomitable Kate Winslet, as photo journalist “Alex Martin”, Elba stuns as “Dr. Ben Bass”; at the whim of weather’s fickleness they hire a private plane, subsequently crashing in the magnificent, but unsympathetic mountains between Alberta and British Columbia.

The film, which surprisingly works, is tribute to Winslet’s and Elba’s prescient chemistry and characterizations, cloaked by the exquisite cinematography of Mandy Walker and Hany Abu-Assad’s direction.

“The Mountain Between Us” more than the landscape, is a metaphor for connectedness; Alex and Ben, for three weeks, trek down an unhampered summit, saving each other from vicissitudes, that if alone, would have felled them; they move beyond ethnicity, geographical boundaries; eroding perceptions lead to an awareness, an enlightenment; self-reflection, discovery of inner strengths, ignited by circumstances never imagined or encountered; a bond is forged, they are irrevocably altered and entwined, eliminating “the mountain” between them.