Latest Reviews
Home » Foreign » THE PATIENT, THE CHAMPION (OF AUSCHWITZ) & THE CATHOLIC SCHOOL 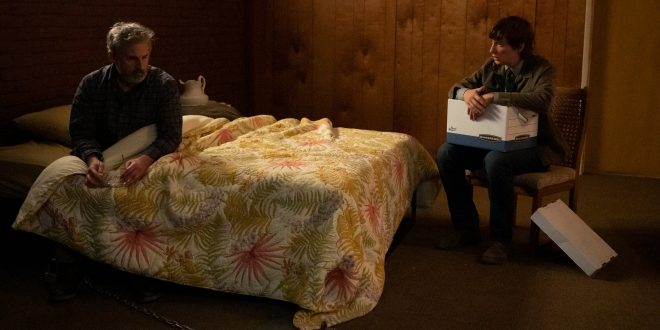 Abashedly, a friend and I walked out of 2005’s “40-Year-Old Virgin” with no regrets, never revisited it; also ignored “The Office”; it wasn’t until “Foxcatcher” (2014) followed by “The Big Short” (2015) and “Beautiful Boy” (2018) that I awakened to the stimulating fact that Steve Carell was so much more than a funny man; incubating beneath a glib exterior was a fetal force begging for fruition; in “The Patient” Carell maximizes a talent of illuminating magnitude; in quiet, almost passive reserve he depicts a psychiatrist, “Alan Strauss” chained to a bed, in the basement of serial killer “Sam Foster” (frighteningly good Domhnall Gleeson); shaken to the core, seriously religious, meticulous, trapped, he must navigate the mind of a man whose blackened spirit demands he murder those he deems unrighteous. A cat and mouse lethal game portrays the genius of the protagonists; but it’s Carell’s brilliant, subtle artistry that cements one’s attention throughout each move.

THE CHAMPION (OF AUSCHWITZ)  (Netflix)

A must see for devotees of heroes, phoenix like, rising out of the direst of circumstances. “The Champion” forces viewers to relive the years of Polish boxer Tadeusz “Teddy” Pietrzykowski as he boxes to survive in the depths of Auschwitz’s hellish concentration camp, commencing in 1940. Visually, magnificently realistic, torturous, inhumane slaughter of the just; a filmic wonder of intrepid, supernatural courage to live, despite the cost.

Brutal. Horrific. Based on the true 1975 rape and murder by three wealthy, parochial educated high-schoolers (Rome, Italy); what is compelling is how an environment infused with sanctity could produce a core of amoral savages, bent on exercising their basest instincts, remorseless, entitled and doomed. The Church has had its tribulations for years, but this slice of ugliness is rooted in an unfathomable evil impossible to decode.

2022-09-18
Peneflix Admin
Share !
Previous: IN THEATRES AND STREAMING
Next: MOVIES WORTH SEEING IN THE THEATRE