Latest Reviews
Home » Hollywood » THE TRAGEDY OF MACBETH (in theatres, soon to stream) 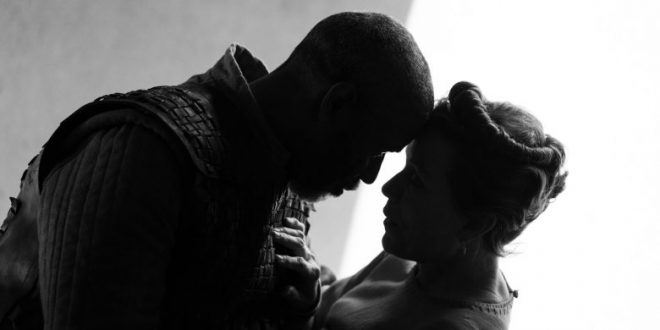 THE TRAGEDY OF MACBETH (in theatres, soon to stream)

William Shakespeare (1564-1616), the “Bard of Avon” has never relinquished the crown of the literary kingdom. Six hundred years after his passing, his works are as prescient, contemporary, as if they were written today: glorified ambition, greed, lust, never stale, outdated, pulsate at the core of the modern era as they did of yore. Blossoming from director Joel Coen’s fecund imagination sprouts the latest interpretation of a Scottish Lord, of no humility, whose fate is sealed from the onset, foretold by the most heinous of witches’ (Kathryn Hunter). Powerfully produced in black and white, visually magnificent, architecturally overpowering (reminiscent of painter Giorgio de Chirico, sans color); soundtrack of colossal strength, pungency; potency of dripping water, blood, menacing birds will take up permanent residency in one’s memory, atmospherically chilling, without words, portending “toil and trouble”, a behemoth of “black and deep desires”.

Denzel Washington, at the summit of his aptitudes, is tormented, conflicted, “Macbeth” his every word, movement, resonates with the dynamism of the damned, agony of a sinner, aware of his sin but incapable of changing its course; so adept is Washington’s depiction that one empathizes with his impotency; incapacitated by a false prophesy, he marches towards madness. Audiences witness a stunning, career-defining, masterful performance.

Frances McDormand, excessively comfortable in the guise of Lady Macbeth matches Washington’s unparcelled Macbeth; scorching ambition, her unquestioned queenliness, childless; absences ignite her lust, persuasive cunningness, thirst for the crown; feeder of unjustifiable evil, a “serpent”, unsexed, she spurs her husband to “be bloody, bold and resolute”; two minds, two wills, a partnership of demonization, from the commencement a “false face must hide what the false heart doth know”. There is an immaculate profundity in “The Tragedy of Macbeth” an undercurrent of irrefutable greatness.