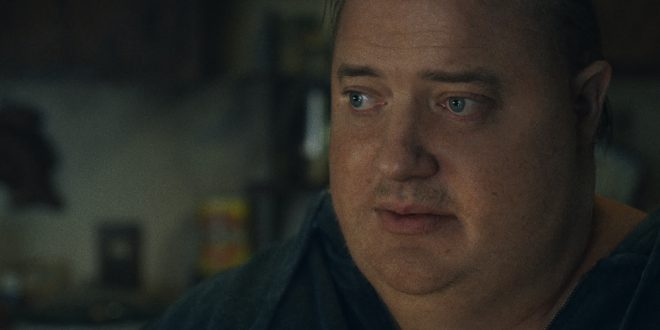 THE WHALE (in theatres)

Occasionally, I see a film, that in retrospect, I wish I hadn’t; Darren Aronofsky’s “The Whale” captures the top prize in this category besting “Mother”, Aronofsky’s 2017 movie starring Jennifer Lawrence, Javier Bardem and Michelle Pfeiffer; examples of boundary destruction at the “celestial” level; a more fitting title would have been “Death by Diet”.

Granted Brendan Fraser’s ardent, overpowering depiction of “Charlie” the six hundred pound “whale”, is worthy of his myriad of accolades, but does not transcend the grossness spewing from the screen. Charlie is an online English teacher questing honesty, more than creativity from his students; the abusive, repetitive “Moby Dick”, “Queequeg” metaphors, has author Herman Melville roiling in his grave. The aquatic whale garnishes more empathy; not that Charlie doesn’t earn pity; his quest for death is understandable, his means, repulsive. Trying to reconnect with his estranged daughter “Ellie” (impressive Sadie Sink), a task, almost as weighty as his bulk; their scenes together unveil the pain of abandonment, disillusionment, primarily, the intensity of grief.

Few were in the theatre at its commencement; concluding, there were fewer. “The Whale” is easier to digest in Samuel D. Hunter’s book; the mind is a better tool of understanding, than the eye; now my mind is striving overtime to erase the horrific imagery I voluntarily visited.