Latest Reviews
Home » Hollywood » TO STREAM OR NOT TO STREAM 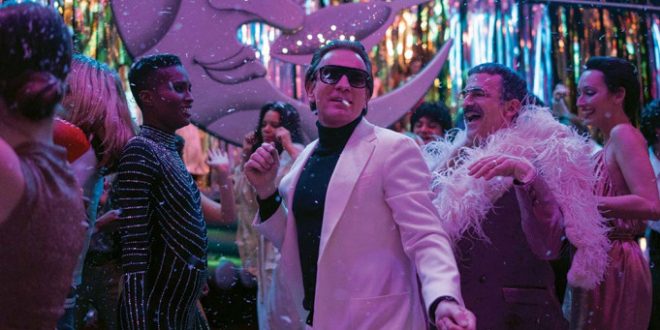 TO STREAM OR NOT TO STREAM

Really? Angelina Jolie, with a face capable of launching a fleet of warships, Rapunzel tresses, a fire fighter? A role Frances McDormand could have pulled off; director Taylor Sheridan bombs with his choice of Jolie as his heroine; her attributes were a hinderance, detraction from, in reality,  a mediocre, vague scenario. If you choose, as I did, to suffer through this bloody farce, the fire is the only element that kept my lids from closing. ONE STAR!

A remake of Fritz Lang’s 1944 flick of the same title, which is worth a second viewing. Do yourself a favor and skip this drivel; despite Amy Adam’s prescient performance, and a cast of super stars (Julianne Moore, Gary Oldman, Anthony Mackie, Tracy Letts, and Jennifer Jason Leigh) in cameo roles, this treacherously absurd scenario should have been left on the cutting room floor. ONE STAR!

After one episode “Halston” (1932-1990), with Ewan McGregor depicting the supernova of haute couture, his rise and plummet from stardom is formidably grand; Rebecca Dayan (Elas Peretti), Krysta Rodriguez (Lisa Minnelli), and a plethora of other known names glaze the biopic with sensational slickness. Reserving the right to diminish “stars”; at this moment, the series is hovering within the….THREE/FOUR STAR RANGE!!!!