Latest Reviews
Home » Hollywood » TONI MORRISON: THE PIECES I AM 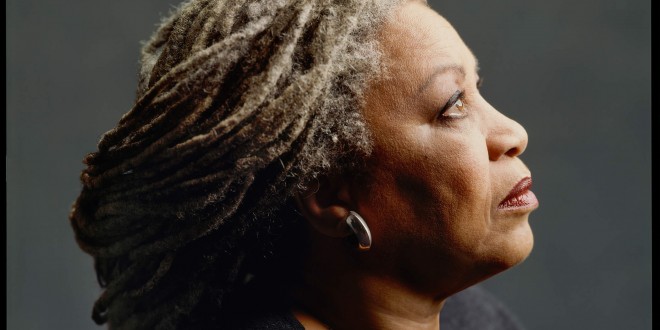 TONI MORRISON: THE PIECES I AM

A documentary, that even if her novels escaped your literary library, must be seen and applauded. Poignantly, and with refined grace, director Timothy Greenfield-Sanders, gifts viewers a portrait of eminence, defying conventions, stereotypes, “Toni Morrison: The Pieces I Am” is saturated with a presence so dazzling, compelling, that if she hadn’t written a word, her personality alone would captivate your spirit.  Born in 1931, Morrison’s grandfather, a prolific Bible reader, taught her the “power of words”; as a teacher, editor and immaculate author she championed African-American women and their roles in a predominately white, male milieu; the ease of her eurythmic prose captures the unique landscape and culture that informs all African Americans; its genius lies in its capacity to enthrall anyone in love with the written word; heartbreaking, are the protagonists in “The Bluest Eye”, “Sula”, “Song of Solomon” and “Beloved” (Oprah Winfrey starred in the film version); in 1993 the Nobel Prize for literature was ultimately awarded to Morrison.

Ingratiating, insightful interviews with Angela Davis, Oprah Winfrey, Fran Lebowitz, Robert Gottlieb, Walter Mosley, Farah Griffin all speak to a level of poetic eloquence permeating forcefully throughout her novels; cores, pulsating with the painful but glorious legacy of a civilization that produced the likes of, not just Toni, but Thurgood Marshall, James Baldwin, Maya Angelou, Langston Hughes, Kerry James Marshall, Beyoncé, Barak Obama; flowing from a fecundity unmatched, she understands and sheds upon her readers an illumination of beings unheralded by her paler peers; ripping off preconceived blinders, her works excavate the depths of the psyche, regardless of one’s hue.

“Freeing yourself was one thing; claiming ownership of that freed self was another”; Toni Morrison epitomizes a consummate talent who surrendered “to the air”, ascending  with its velocity, reposing, luxuriating in its Elysian Fields.