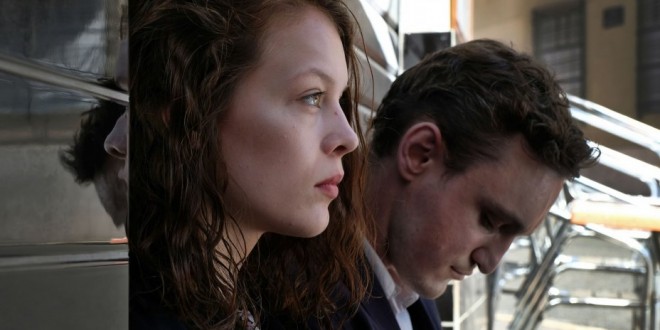 German director Christian Petzold’s ingenious interpretation of Anna Seghers’s (1900-1983) 1942 novel of the same title, is compelling on a variety of levels; primarily a contemporary take on Nazi roundups in the late 1930’s and 40’s; reminiscent of Seghers personal experiences during WWII: born into a Jewish family, marrying a Hungarian Communist, arrested by the Gestapo, renouncing Judaism, fleeing to Marseilles and eventually Mexico; “Georg” (Franz Rogowski, uncanny resemblance to Joaquin Phoenix) is a surrogate for Seghers, fleeing Paris after an aborted attempt to deliver a letter to writer, “Weidel”, a suicide; assuming his identity, lands in Marseilles, easily secures transit papers to Mexico. Karmically he connects with “Marie” (dazzling Paula Beer) who is waiting for her missing husband but having an affair with “Richard” (Godehard Giese) a doctor with a transit visa.