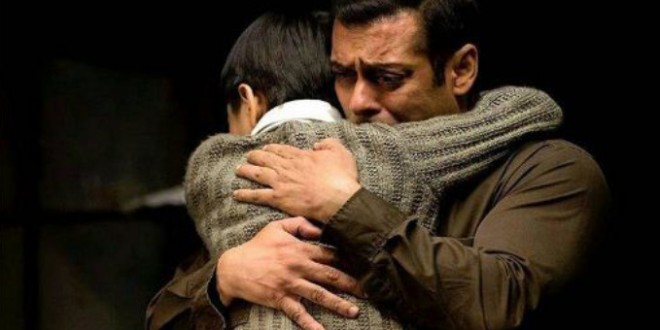 Despite the supercilious title and the lengthy prologue there are some fine moments in this rendition of Hollywood’s 2015, “Little Boy”; a young boy feels the power of faith can, in reality, “move mountains”; this Bollywood version, starring Salman Khan, as “Laxman” a simple-minded, but loveable man-child, follows Gandhian precepts to expedite the safe return of his brother “Bharat” (Sohail Khan, Salman’s younger brother) from the 1962 Sino-India war.

“Tubelight” (pejorative nickname for Laxman) is far too ambitious thematically: family relationships, faith, war, bigotry, bullying; legitimate issues to be addressed, but given superficial strokes. The exception being Laxman’s friendship with “Guo” (enchanting Matin Rey Tangu) an Indian citizen of Chinese heritage; hilarious scenes as Guo battles Laxman’s efforts to become friends;  growing into a beautiful, energetic partnership; they take a stand against prejudice by confronting the ignorant with reason and logic. Their unique pairing results in the most genuine aspect of the film.

Unrelated Khan’s have tenaciously tackled the mentally challenged, aka “other”: Aamir Khan, “PK” (alien), “Taare Zameen Par” (autism) ; Shah Rukh Khan, “My Name is Khan”, (Asperger’s Syndrome); Salman now joins “The League of Khan’s” awareness, empathy for those whose traits do not conform to the norm. Is this is best film? No, but like “Bajrangi Bhaijaan” has an over abundance of heart.