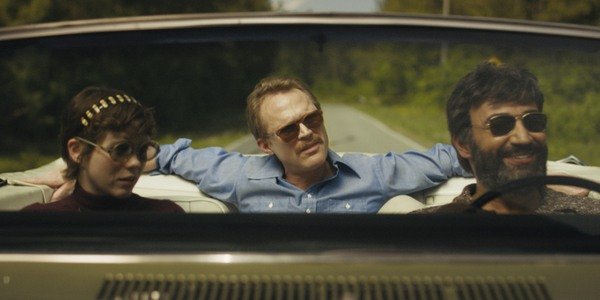 There is nothing more disheartening, when a film initially exhibits gripping potential, only to lose its fizz at the midway point; Paul Bettany, Uncle Frank, is “intoxicating” as a gay Professor in New York’s avant garde milieu in the 1970’s; shunned by the mini-mentality of his family in South Carolina, his orientation found a harbor of acceptance, with the radical intelligentsia of a paramount city; being gay, even today, is viewed by many, as the gateway to perdition and damnation. Frank’s niece “Beth” (gentle, aplomb Sophia Lillis) his protégé, joins him, as a freshman, at NYU, where her naivety is sacrificed on a bed of reality; meeting Frank’s lover “Wally” (Peter Macdissi, is a compelling, refreshing addition to an accomplished cast) whose magnetism guarantees approval of an untoward lifestyle; she joins them on a “road trip” back to the south for Frank’s father’s funeral.

Director Alan Ball succeeds in eliciting genuine performances from actors, who desperately try to salvage a tale, reminiscent of so many, whose lives of torment, sometimes but rarely, have a fairytale ending.