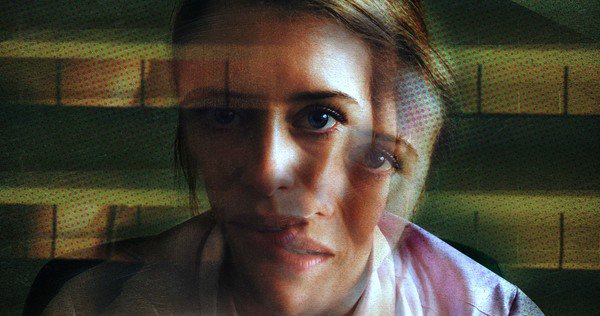 Clair Foy rose to prominence as the actor who for two seasons starred as the young Queen Elizabeth II in Netflix’s “The Crown”; her portrayal of a vulnerable monarch, fervently in love with her husband, was a tender concoction of human and royal pedigree; torn between familial and monarchial duties, the “Crown” edged out the personal. It was a test to imagine her in any other role, but “Unsane” testifies, solidifies her consummate depth as an actor.

Director Steven Soderberg’s scenario about a young, deservedly paranoid woman, confined unwillingly in a mental institution, is unnerving and terrifying because, at its insidious nucleus, festers an insurance scam.

Foy’s formidable depiction of “Sawyer Valentini”, is infiltrated with intelligent paranoia; two years she has been hunted by “David Strine” (haunting, pathological performance by Joshua Leonard); she unravels, “gaslighted” to the extreme, sedated;  redolent, pulsating is her strength to conquer and control her circumstances; her friend “Nate” (Jay Pharoah, powerful, sensitive actor) is a drug-addicted inmate and her tunnel to the outside world.

Writers Sonderberg, Jonathan Bernstein and James Greer wrote “Unsane”, most likely, in the same time span as a James Patterson novel; Hitchcockian in flavor, but minus the intensity; Foy pulls it off with the help of Juno Temple (too underused) as “Violet” a legitimate candidate for psychological analysis; their scenes together are perfectly proportioned mayhem.

Ingeniously filmed with an IPhone 7 Sonderberg, like Andy Warhol, torpedoes elitism in filmmaking, anyone can make a silkscreen, a movie; whether positive or pyrrhic, rests in “the eye of the beholder.”