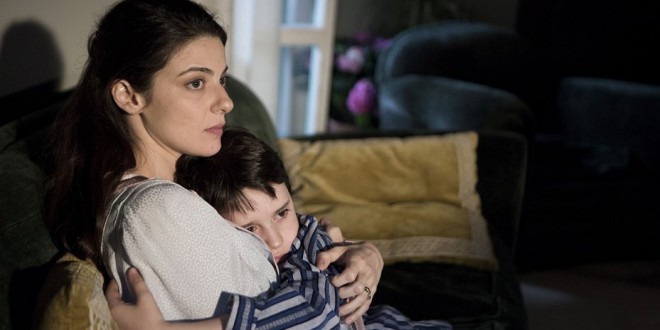 There has never been a better Festival in the history of “Festdom”.  In the last three days I have visited eleven films, a myriad of countries, and on a five-star rating, the lowest star bestowed was a four.  Here are a few, that presented with the opportunity, should be seen:

“SWEET DREAMS”; ITALY/FRANCE. A mesmerizing, enchanting story of  devastating parental loss; young “Massimo” is traumatized by the death of his loving, magnificent mother;  their scenes together resonate with palpable affection, the vacuum of her absence haunts him well into his forties. The music, performances and sheer magnitude of creativity makes director Marco Bellocchio’s “Sweet Dreams” a stratospheric star of the Festival.

“MIDDLE MAN”; U.S. Director Ned Crowley’s “Middle Man” is overwhelming phenomenal; pushes egregious crime into the realm of hilarity. Protagonists “Lenny”  (seeking his dream of being a stand- up comedian) picks up a hitchhiker, “Hitch” in route to Las Vegas from Peoria, Illinois. Remarkably depicted, Jim O’Heir as Lenny and Andrew West as Hitch, is a partnership for the archives.

“DESTINED”; U.S. Emotionally pulverizing, director Qasim Basir’s follows the paths of “Rasheed” as a drug dealer and an architect. Corey Hardrict gives a superlative performance as a man maneuvering two worlds; as they slowly collide his choices are key to his survival. The colloquialism “edge of your seat” applies to this incredible film.

“AFTERIMAGE”; POLAND. Recently deceased director Andrzej Wajda stuns with his final film focusing on the legendary Polish artist, Waldyslaw Strzeminski; tormented, cauterized from his University, where his students idolize him; dehumanized by the Stalinist system, his march toward extinction is fraught with pain, subversion, but never wavers in dignity and integrity.

“YOU’RE KILLING ME SUSANA”; MEXICO. Gael Garcia Bernal, at his charming peak, is sublime as a flirtatious husband, searching for his estranged wife in the U.S. Director Roberto Sneider gifts audiences a sweet , poignant film about two intelligent people seeking a happy medium in their tumultuous marriage.

“THE HANDMAIDEN”; SOUTH KOREA. By a landslide,  “The Handmaiden” ranks at the pinnacle of the Festival; sumptuously, gorgeously filmed, erotically titillating; in three parts, addresses lust, betrayal, subterfuge with shocking results. The handmaiden and her mistress is a partnership created in the fecund imagination of the truly gifted director, Park Chan-wook (“Oldboy”).