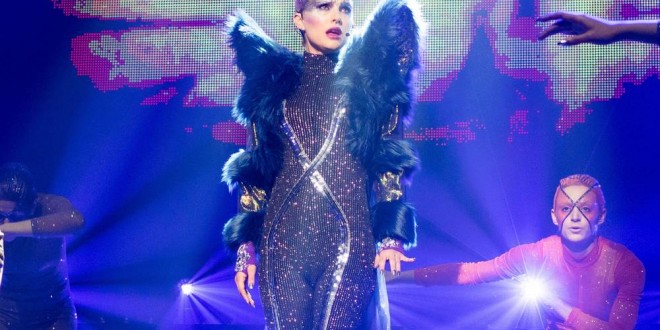 Commencing with a teenager, massacring his contemporaries, resulting in the burgeoning career of a surviving victim, “Vox Lux” mimics real and fictional lives of those whose meteoric rise to lionization is fueled by drugs, alcohol and their own manufactured megalomania; this is a tiresome topic that has engulfed filmgoers, especially in 2018.

Writer/director Brady Corbet’s political agenda is redundant; living in a culture where “murdering the myriad” has become sport; “Vox Lux” is a placid stab at a reality we’ve become accustomed to.