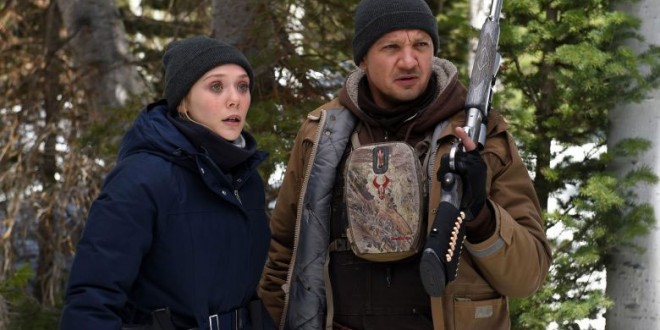 This is a poetic, poignant, even painful portrait of a landscape so magnificent in its being, but ruthless in its demands; a landscape that celebrates its beauty but shuns man’s meddling; “Wind River” reveres, respects its isolation, segregation, its unwillingness to be part of the sphere; the vastness of the Wyoming, Native American reservation is the focus of Taylor Sheridan’s (“Hell or High Water”) scenario of rape, murder and the effects on those seeking accountability for an indescribable injustice.

Cinematographer, Ben Richardson, captures succinctly, the marvelous aura of the setting, unveiling through gratuitous violence, the culprits; ultimately it is the uncompromising, unbiased terrain that frigidly magistrates the penalty for egregious malfeasance.