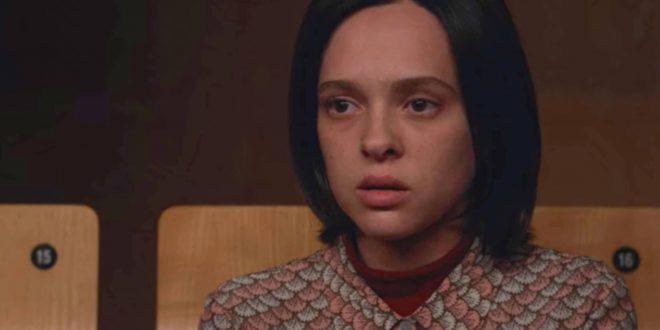 Watching these two stunning biographical tales, it was shocking the commonalities these two women shared despite being over a century apart in age. “Self Made” based on the life of Sarah Breedlove/Madame C. J. Walker (1867-1919), the first self-made, female, African-American, millionaire, depicted royally by Octavia Spencer; “Self Made” is an examination of ambition and fortitude in an ambiance fraught with racism, male domination (women suffrage, attained 1920); Sarah Breedlove after marrying C. J. Walker (Blair Underwood) used the sobriquet for her magical hair product; her dreams were huge, her vision soared unprecedentedly beyond boundaries, setbacks, betrayals; “Self Made”, gifts viewers a portrait, ovation, homage to a woman whose substance grew in tandem with her aspirations.

Deborah Feldman’s (b.1986) “Unorthodox: The Scandalous Rejection of My Hasidic Roots” mirrors Madame Walker’s rebelliousness: both women, unshackled perceived and expected restraints; Walker’s against a society culturally driven by white men; “Esti Shapiro”, (Feldman’s model), entered an arranged marriage at seventeen, her every moment scripted by the arcane dictates of the Hasidic community of Williamsburg, Brooklyn; an ethnically restricted milieu where rabbis dominated and determined a woman’s role, even regulations on intimacy; Shira Haas (“Shtisel”) superlatively represents a woman breeching the Talmudic statutes, that she diligently tried to adhere to; like Walker, she choreographed her escape to a life of her choosing, leaving New York for Berlin; her naiveté thaws with a group of performers of all races, creeds and liberal lifestyles; choosing modernity over an oxymoronic shtetl, still prospering in 2021.

Their unique, ageless bond centers around a woman’s mane; hair and its style, viability, informs a woman’s self confidence, beauty, aura; the loss of it, devastating; Sarah Breedlove, cursed with patchy baldness is invigorated by “Addie Malone” (Carmen Ejogo) and her revitalizing formula, spurring her entrepreneurship. Whereas, Esti Shapiro (Feldman), as any new bride, in the egregiously Hasidic realm, has her head shaved and dons her obligated wig; heralding the death knoll of individuality.

Spencer and Haas champion women who have championed themselves.