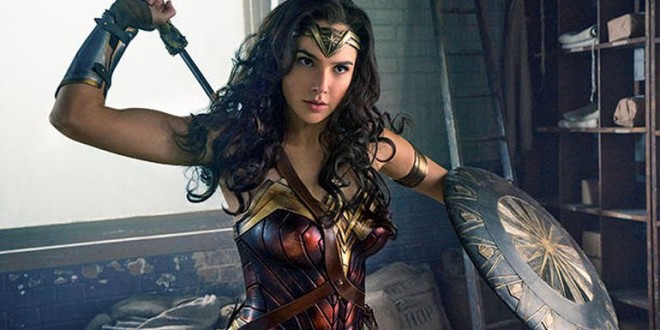 “Wonder Woman”, officially banned in Lebanon, the lead is played by Israeli actor, Gal Gadot. Lebanon, a country whose religious groups are comprised of 54% Muslim, 40% Christian: Catholic, Protestant, Greek Orthodox; Druze and approximately 200 Jews. It’s banning is the prime reason I saw the film; a plethora of surprises: physical, psychological and intellectual piqued, prodded and sealed my attention.

Amazon Women Warriors shared in Homer’s “Iliad” written in the 8-7th century B.C.; they mated, annihilated the partner and kept only the female infants; in the”Odyssey” Hercules was required to steal Queen Hippolyta’s girdle; she is “Diana’s” (Wonder Woman) mother. Director Patty Jenkins scores in her prescient interpretation of an empowered woman; her mythic capabilities inherited from her father, Zeus.

“Wonder Woman” is a superb blend of courage, compassion, love and tremendous empathy; she is the archetype of self awareness, security, intrepid in following her instincts, a visionary of inspiration. She is inclusive, her message does not discriminate; her quest for peace is worldwide, embracing all countries, even Lebanon.