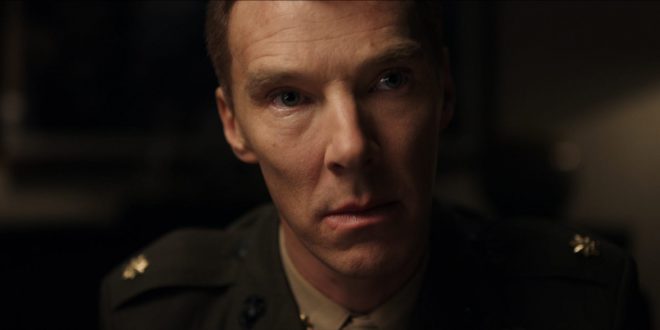 Benedict Cumberbatch at 45 is certainly flirting with his meteor; innumerable roles of such diversity, defying categorization, the man with chameleon mastery morphs from detective, superhero, scientist, spy, mathematician, his genius is unfailing in his 2021 characterizations: Stewart Couch (1965-), “The Mauritanian” Cumberbatch gives quiet, serene dignity to the Lieutenant Colonel who as a lawyer refuses to prosecute Mohamedou Slahi a detainee at Guantanamo Bay, because of tortuous interrogation methods. Cumberbatch at his most dignified.

“The Electrical Life of Louis Wain” (1860-1939). Cumberbatch soars as this wacky, schizophrenic, commercial artist; in charge of a household of women, with an absence of financial expertise, constantly battling bankruptcy; he meets and marries his hired help, Emily Richards (Claire Foy); their successful pairing was short lived; their time together cemented his career in depicting the role of “cats”; the portrait of his sinking mental health is premised in these surreal images. Cumberbatch is so lost in his characterization that it is impossible to believe the real Benedict could reemerge; portrait radiating with the finest of skill and devotion.

“The Power of the Dog”. Director Jane Campion gifts audiences the preeminent Cumberbatch character of the year; sears with complexity on a myriad of levels and Cumberbatch bests them all: maniacal, misanthropic, scholar, “Phil Burbank”. Referencing Proverbs 22:20, “Deliver me from the sword, my precious life from the power of the dogs”; Campion dares viewers to decrypt the proverb and Cumberbatch with supreme cunning embodies many of the clues. Phil is despicable, cruel, especially to his brother “George” (Jesse Plemons), sister-in-law “Rose” (Kristen Dunst) and Rose’s son “Peter” (Kodi Smit-McPhee); all powerfully support Cumberbatch’s deviate persona. “The Power of the Dog” is a film of intelligence, a labyrinthine of symbols, begging decipherment, starring a man of such artistry that his celestial fate has yet to be scripted.