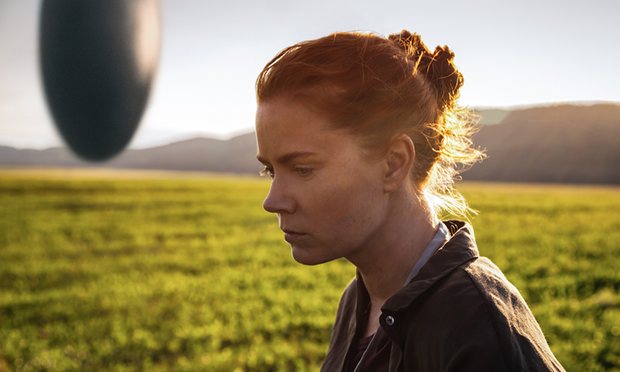 Fascinating study revolving around life’s decisions; “what if’s”, second chances, “would we, could we do it all again?”. Director Denis Villeneuve’s “Arrival” is vastly more than a science fiction, alien invasion film; on the surface, it is simplistic, the earth has been invaded by hovering egg-shaped saucers; intent?, friend or foe? Louise, (brilliant, subtle, heartbreaking performance by Amy Adams) a linguistic professor, haunted by the death of her daughter, is paired with scientist “Ian” (intelligent, compelling Jeremy Renner) to communicate with the “heptapods”; magnificent, stunning scenes as the mystery of their presence unfolds, vacillating between bafflement and befuddlement, questioning why they arrived and the world’s military response to their presence, the film soars as mathematics, linguistics reveal the answers.

“Arrival” profoundly speaks to the state of global turpitude, balanced with the pain of personal loss; it is an astounding feat, an intriguing, honest film,  leaving the ultimate interpretation to the viewer.